If the US is not willing to step up to protect minority, women and human rights, and can leave Afghans at the mercy of a brutal regime which has a record of rights violations, it will be hard for Washington to justify its intervention elsewhere in the future on these principles. 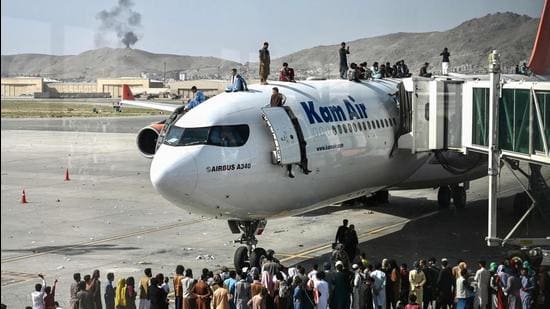 Afghan people climb atop a plane as they wait at the Kabul airport on August 16, trying to flee Taliban’s feared hardline brand of Islamist rule. (AFP)

After the end of the Soviet Union, during the unipolar moment — of United States (US) hegemony — the doctrine of humanitarian intervention picked up. This was based on the notion that sovereignty was not sacred, and that if a regime was involved in human rights violations, the international community was within its rights to intervene in a particular country. This principle was picked up by two different streams of thought. The first were the neo-conservatives who, during George W Bush’s era, argued that promoting democracy and enabling regime change was a legitimate extension of humanitarian intervention. The second were liberal internationalists who extended the principle to evolve a doctrine of the responsibility to protect (R2P) — if a State failed to protect its population from genocide, war crimes, ethnic cleansing and crimes against humanity, then other states could take timely, collective and decisive action.

To be sure, as many states including India had suspected, this principle — either under the pretext of humanitarian interventions, counterterrorism, R2P, or democracy- promotion — was used for strategic purposes by Western states. Interventions were often a function of the power balance that existed at the time; they were also driven by the military-industrial complex, and served ideological and commercial interests. But in itself, the idea that no regime could use sovereignty as an excuse to harm its own population marked an evolution in norms.

The fall of Afghanistan may well have eroded the entire architecture of Western interventions. If the US, as Joe Biden’s speech defending the withdrawal on Monday indicated yet again, is not willing to step up to protect minority, women and human rights, and can leave Afghans at the mercy of a brutal regime which has a record of rights violations, it will be hard for Washington to justify its intervention elsewhere in the future on these principles. The rise of China has already added a protective buffer to authoritarian regimes. This does not mean that interventions won’t happen in the future — they will, dictated by narrow State interests, as has always happened. But the abrupt end of an invasion meant to counter terror, create a democratic political order and protect human rights may have ended up eroding the political, moral and legal argument for such interventions itself. The possible dilution of global military interventions is positive. But if it emboldens despotic regimes, like the one taking over Kabul, the world is headed for more turbulent times.

If the US is not willing to step up to protect minority, women and human rights,... 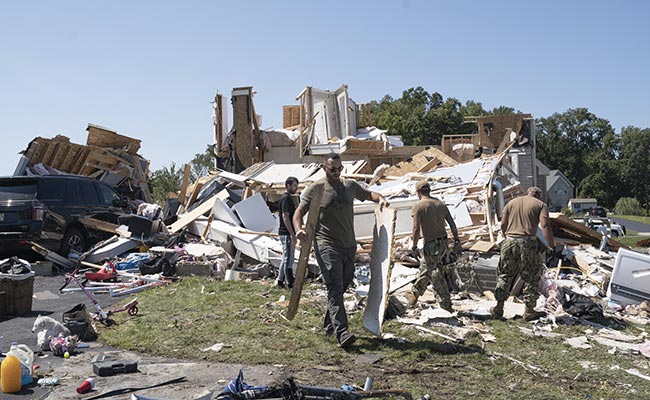