Biogen Inc (NASDAQ: BIIB) is providing its controversial and expensive new Alzheimer's drug-free of charge for some patients amid slow claim reviews by Medicare, according to sources familiar with the situation, including a doctor treating patients with the drug

(Reuters) - Biogen Inc (NASDAQ: BIIB) is providing its controversial and expensive new Alzheimer's drug free of charge for some patients amid slow claim reviews by Medicare, according to sources familiar with the situation, including a doctor treating patients with the drug.

The development underscores the division among doctors about whether the $56,000-a-year drug helps patients and how uncertainty about reimbursement from Medicare, the U.S. government health plan for people over age 65, has held back prescriptions and sales. Aduhelm, which is given as a monthly infusion, was approved by the U.S. Food and Drug Administration in June even though one of Biogen's two large clinical trials failed to show a benefit for patients diagnosed with the incurable mind-wasting disease.

To expedite treatment, Biogen has begun to provide Florida's First Choice Neurology with free-of-charge Aduhelm, according to Dr. Jeffrey Gelblum, a neurologist at the center's Aventura, Florida, operations.

"We have been using the Biogen access program - it is almost like a sample program - to get patients started," he told Reuters.

Biogen has said it has several plans in place to support patient access but did not give further details.

Pharmaceutical companies can provide free medications through patient assistance programs, "however we have never heard of that for an injectable, infused drug," Steven Lucio, vice president at Vizient Inc, which works with about half of U.S. hospitals to buy drugs, said in an email.

James Chambers, a researcher at the Center for the Evaluation of Value and Risk in Health at Tufts Medical Center in Boston, said providing free medications is a common strategy drugmakers use to boost patient prescription numbers.

HOSPITALS SLOW TO USE

Several hospitals, as well as the Veterans Health Administration https://www.reuters.com/business/healthcare-pharmaceuticals/us-veterans-health-administration-turns-down-biogen-alzheimers-drug-2021-08-11, have said there is not enough evidence to justify the widespread use of Aduhelm. Several commercial insurers https://www.reuters.com/business/healthcare-pharmaceuticals/biogen-alzheimers-drug-hits-roadblocks-with-some-hospitals-insurers-2021-07-15, including UnitedHealth Group Inc (NYSE: UNH), the largest private insurer offering Medicare Advantage coverage to seniors, have said they are waiting for further direction from Medicare before covering the drug.

"Mainly because of the uncertainty around insurance coverage ... most doctors and systems are in a holding pattern," said Dr. Anton Porsteinsson, director of the University of Rochester Alzheimer's Disease Care, Research and Education Program, which is only using Aduhelm, also known as aducanumab, on patients enrolled in clinical trials.

A recent survey of 78 neurologists conducted by Morgan Stanley (NYSE: MS) found that half were willing to prescribe Aduhelm, but nearly two-thirds don't think the FDA should have approved the drug. Just eight of the surveyed neurologists had prescribed Aduhelm and six of their Medicare claims had been paid as of early August.

Florida's First Choice has so far infused more than 30 patients with Aduhelm, but only the first doses for two patients were billed to Medicare - their second doses, and first doses for the others, were provided at no cost by Biogen, Dr. Gelblum said.

He said the clinic has been reimbursed by Medicare for the infusion component of claims, but not for the medication itself, although he expects that to happen within the next couple of weeks.

Because Alzheimer's is an age-related disease, around 85% of people eligible for Aduhelm are covered by Medicare, which recently launched https://www.reuters.com/business/healthcare-pharmaceuticals/us-starts-review-national-medicare-coverage-policy-biogens-aduhelm-2021-07-12 a nine-month process to determine standardized national coverage terms for the drug.

For now, the government health plan is processing Aduhelm claims on a case-by-case basis.

In addition to the medication itself, costs of administering Aduhelm include diagnostic testing for Alzheimer's and monitoring for side effects such as dangerous brain swelling.

Experts say Medicare could seek to lower https://www.reuters.com/business/healthcare-pharmaceuticals/biogen-alzheimers-drug-slow-take-off-us-medicare-wrestles-with-coverage-2021-07-21 the therapy's cost to taxpayers by limiting access to the treatment, linking coverage to real-world evidence of patient outcomes, or setting a fixed payment that combines drug reimbursement with other costs related to the treatment.

Aduhelm, developed in partnership with Japan's Eisai Co (OTC: ESALY) Ltd, comes in two vial sizes of 300 milligrams (mg) and 170 mg. Patients are started on a low dose, which is increased over time to the full dose of 10 mg per kg of a patient's weight.

Sales of the drug are forecast to total $81 million this year, $1.3 billion next year, and $5.8 billion by 2026, according to Wall Street analysts polled by Refinitiv. 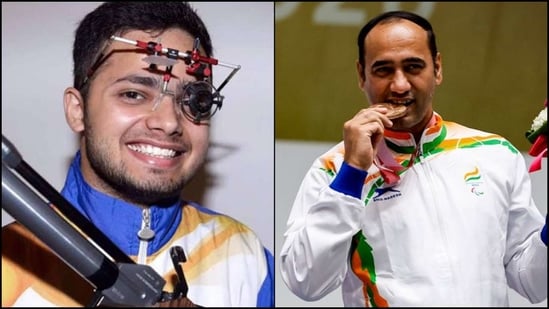