Exclusive: union criticises leading university over ‘lack of action on structural issues’One of Britain’s leading universities is failing to stamp out bullying and harassment, some of its staff have said, after a college principal was allowed to remain in post despite complaints of intimidating behaviour towards colleagues.Prof Adekunle Adeyeye, the head of Durham University’s Trevelyan college, is alleged to have frequently reduced colleagues to tears and made sexist remarks. Continue reading...

One of Britain’s leading universities is failing to stamp out bullying and harassment, some of its staff have said after a college principal was allowed to remain in post despite complaints of intimidating behavior towards colleagues.

Prof Adekunle Adeyeye, the head of Durham University’s Trevelyan College, is alleged to have frequently reduced colleagues to tears and made sexist remarks.

Two people had filed formal grievances against him in a matter of 16 months and three have leftover concerns about his manner.

The institution’s University and College Union branch said in a statement on Thursday that the case highlighted “extremely important structural issues at Durham”, which has been dogged by complaints about bullying and harassment on campus.

The union, which represents nearly current 1,300 academics and staff at the university, said: “While we can’t comment on this particular case while the proceedings are ongoing, there have been similar cases in the past.

“It appears that the university has in many instances been reluctant to address the structural problems which have allowed bullying to take place and settled for short-term solutions.”

It said that too often “positions of power are abused, and workers and students experience bullying, harassment and other forms of exploitation” and “too often, procedures and policies meant to protect people fail to do so.

“This case highlights how official top-down initiatives, even if well-intentioned, are often ineffectual and can be easily manipulated.”

The union branch committee called on the university to “state publicly and unequivocally that intimidatory, sexist behavior and bullying are unacceptable and will not be tolerated”.

The university said in a statement: “We do not accept any form of prejudice or discrimination at Durham University. We condemn any incidents of racism, harassment, and bullying in the strongest possible terms and will take action in line with our published policies.”

A spokeswoman said everyone had the right to work and study in a safe and respectful environment, and that all staff and students were expected to follow the university’s regulations on conduct and values on behavior.

She said colleagues would be supported when they raised concerns about potential misconduct. The complaints against Adeyeye were being “fully and fairly addressed in line with our published policies and procedures”, she said, and that the process had “not yet concluded but we have and will continue to follow appropriate due process”.

Last month, a disciplinary investigation upheld several complaints against Adeyeye, including some of the possible misconduct or gross misconduct.

Durham University’s disciplinary regulations recommend that where an allegation of a serious offense has been made against a member of staff, for example, an offense that may amount to gross misconduct, it may be appropriate to suspend the member of staff from duty on full pay.

One former colleague said they were “close to a breakdown” and would drive home in tears as a result of Adeyeye’s “venom and nastiness”. Another said he “engendered fear” within colleagues and that Durham was failing to tackle its “bullying problem … I think it’s endemic within the university. It happens in all departments, in all colleges.”

Adeyeye has not responded to requests for comment. He is understood to be on annual leave but is expected to return next week to interview candidates for the role of college vice-principal. The previous vice-principal left earlier this year following several incidents with Adeyeye.

Durham University, one of the UK’s leading academic institutions, has been under scrutiny over its approach to bullying after a damning report last year found that nearly one in five of its employees and 30% of students had suffered some form of bullying or harassment.

The commission said there had been a failure to tackle the issue at different levels of the university and that it was “often poorly addressed” and “sometimes even tolerated and accepted”.

Durham’s student newspaper, Palatinate, reported this week that more than 20 alumni had stopped donations to the university while Adeyeye remains in post at Trevelyan College.

A university spokeswoman said it had received “no communications regarding withdrawal of alumni support”. 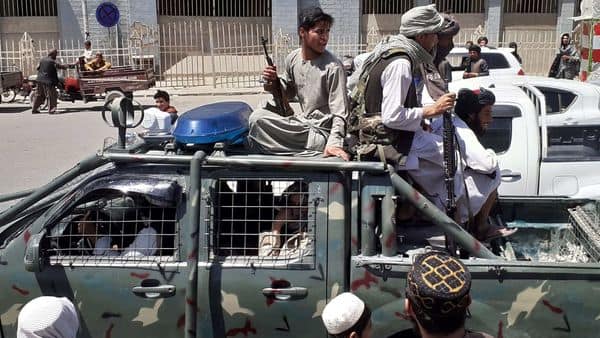