Goa Bhumiputra Bill accords the status of bhumiputra (son of the soil) to persons living for at least 30 years in Goa. Chief Minister Pramod Sawant told the House it would allow the “mool Goenkar (original Goans)” the right to stake claim to ownership of their house on land measuring up to 250 square meters.

The Bill accords the status of bhumiputra (son of the soil) to persons living for at least 30 years in Goa. Chief Minister Pramod Sawant told the House it would allow the “mool Goenkar (original Goans)” the right to stake claim to ownership of their house on land measuring up to 250 square meters.

In the crucial hours before the Goa Legislative Assembly passed the controversial Goa Bhumiputra Adhikarini Bill, 2021, the Revenue Minister who introduced it, Jennifer Monserrate, raised eight issues that required scrutiny and asked for its introduction in the next session. Revenue Secretary Sanjay Kumar advised against haste, even warned of “unseen repercussions”.

The Bill accords the status of bhumiputra (son of the soil) to persons living for at least 30 years in Goa. Chief Minister Pramod Sawant told the House it would allow the “mool Goenkar (original Goans)” the right to stake claim to ownership of their house on land measuring up to 250 square meters.

Pushed by Sawant, the Bill was introduced on July 29. The day’s session spilled over to July 30, and, according to documents obtained by The Indian Express under RTI, at 2.12 am that day, Revenue Secretary Sanjay Kumar advised “caution as haste can lead us to some unseen repercussions” in his file noting.

But then it was passed in the Assembly in the evening of July 30 amid a walkout by the Opposition after being introduced in the early hours.

In the previous two days, the state’s departments of law and finance also raised red flags, the RTI documents revealed.

Among the eight points requiring detailed examination, Monserrate said, was the interest of owners who had rented out their houses that would not be protected if the Bill was passed in its present form. “Government servants staying in quarters will claim right to quarters while staying in the said quarters,” she wrote.

She raised the issue of regularisation of properties up to 250 sq m, “whether it will include multi-storied buildings or only 1 floor is not clear. The dispute that may arise due to the houses in the setback area is not clear… Whether the restriction on construction in CRZ, eco-sensitive zone, etc. will apply or not while regularising these dwelling units under this Bill is not clear,” she wrote.

The Revenue Minister said practical implementation of the Bill by August 1 was not possible even if the Assembly passed it.

Attaching the draft Bill to his note of July 27 to the Revenue Department, Sawant had said the Bhumiputra Adhikarita scheme was announced in his Budget speech for 2021-22 and had to be taken up in the current session. The note was received by the Revenue Department on July 28, the day the Assembly’s three-day session commenced.

In his file noting on July 30, Revenue Secretary Sanjay Kumar said the Bill “had not been administratively approved by the revenue minister”. The file was nevertheless submitted to Revenue Minister Monserrate stating: “Due to shortage of time, the Bill has not been examined thoroughly and may have unforeseen wider ramifications. Hence, considering the impact of the Bill, the same may be published for obtaining public comments.”

On its part, the Law Department noted on July 29 that the Bill would require the consideration of the President of India after it is passed in the Assembly “as the provisions of the Bill seek to deprive the owner of his property due to which provisions of Bill attracts Article 300A of the Constitution of India”. The department also advised that provisions of the Goa Mundkars (Protection from Eviction) Act, 1975, be considered to ensure there is no overlap.

The next day, Pranab G Bhat, Under-Secretary, Finance Department wrote in the file that the introduction of the Bill was not recommended. Referring to the provisions which allow a bhumiputra to stake claim to the ownership of a house built before April 1, 2019, he pointed out: “This implies that any person who is 30 years resident and is staying in rented premises or any premises constructed even on 31 March 2019 will get the rights of premises, including govt premises if any. Because of the above, the proposal is not recommended in the form it is right now and requires more detailing as land is a precious resource.”

Four days after the Bill was passed, Chief Minister Sawant said the word Bhumiputra that had stirred up sentiments of the state’s tribal population, would be dropped. The contentious bill, which may now be renamed Goa Bhumi Adhikarini Bill, 2021, however, continues to fuel a political storm in the poll-bound state. The Opposition had accused the ruling BJP of “election engineering” and raised concerns over illegal structures being regularised under the protection of the Bill.

Urging the house to pass the Bill on July 30, Sawant had said it was in the interest of the ‘mool Goenkar’ and people who had been living in their homes for generations but did not have ownership of the house.

“In the last so many years there have been cases of homes built by a person or his parents but the land is not in his name. There is always a sword dangling over their head that someone will file a case against them (over ownership of their house)… Everyone had wished for the house that they lived in their generations lived in should be theirs, in their names,” he said.

Opposition parties including Congress, Goa Forward Party, Maharashtrawadi Gomantak Party, and independent MLAs had met Governor P S Shreedharan Pillai days after the session and urged him not to grant his assent to the Bill and ten other Bills that they said had been passed “in a haste” by the government that was “election engineering”.

On August 3, Sawant announced the change in the title of the Bill and said only those who had power and water connections in their name could avail of Bill’s provisions and not those with lease agreements. In all, there were 6.5 lakh homes with electric connections divided over 191-gram panchayats and 14 municipalities in Goa, he said.

“There are 485 registered revenue villages in Goa and the mool Goenkar lives in these villages. Their homes have a number, electricity connections but those constructed with a license are only 20 percent. The 1/14 extract (document of ownership) is in the name of the occupant or his/ her previous generation hardly in 50 percent of homes. There are over 3,000 homes each before Gram Panchayats and municipalities that have the sword of demolition dangling over them. All these 6,000 homes are original Goans, not migrants. We have verified,” Sawant said. He also called for suggestions from the public on the Goa government’s portal. 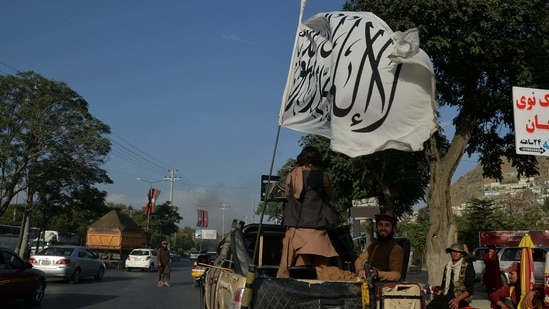